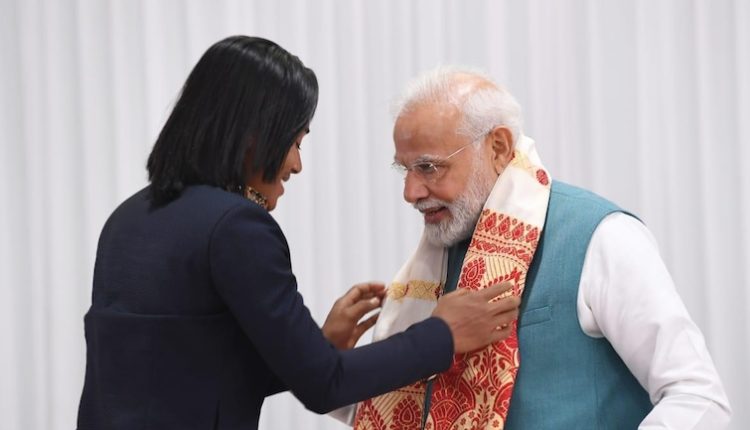 The Prime Minister hosted the Indian athletes to hail their achievements in Birmingham. India finished fourth in the medal tally with a total of 61 medals – 22 gold, 16 silver and 23 bronze.

“Elated to receive blessings from our honourable Prime Minister – Shri @narendramodi Ji, by virtue of Commonwealth Games 2022. Fortunate to have presented him with our traditional gamcha, wrapped with immense gratitude from all of Assam,” Hima tweeted.

During his interaction with the athletes on Saturday, the Prime Minister said: “This is just the beginning for our Yuva Shakti…the Golden age of Indian sports has just begun! In the past few weeks, nation recorded two major achievements in field of sports. Besides historic performance in CWG, for the first time country hosted Chess Olympiad.

“Before commencement of Commonwealth Games, I had told you and promised you in a way that when you come back we’ll celebrate ‘Vijayotsav’ together. I was confident that you’ll come back victorious, I had also thought of meeting you even if I would be busy & celebrate Vijayotsav.”

15 Cops From Odisha To Receive Police Medals On I-Day