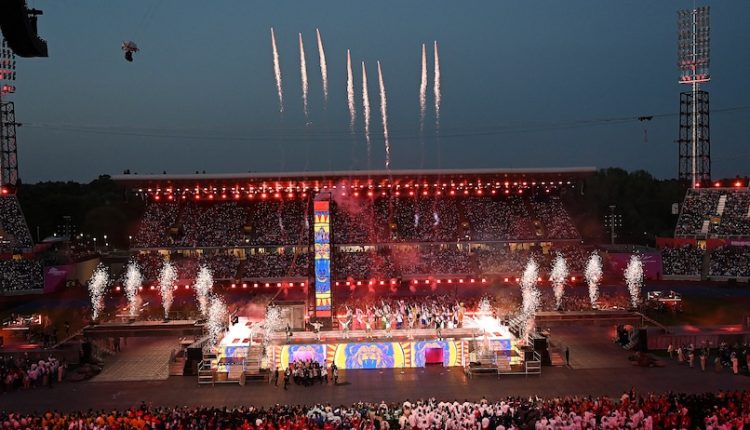 Birmingham: The Commonwealth Games 2022 came to an end on Monday after a glittering closing ceremony at the Alexander Stadium in Birmingham.

The Games are heading back to Australia for 2026… "Let us reconcile, smile, and walk together joyfully."

The Games flag was lowered and handed over Victoria, Australia which host the next edition of the CWG in 2026. The closing ceremony had kicked off with a performance from Solihull band Ocean Colour Scene.

Team India’s flag bearers Achanta Sharath Kamal and Nikhat Zareen led the team during the closing ceremony of the Commonwealth Games 2022 at Alexander Stadium in Birmingham.

This was followed by a musical performance from the Birmingham-born band Dexys Midnight Runners. One of the biggest bands of all time, UB40 added more to the event, while other musicians and bands from the Midlands region entertained the crowd with their performance.

The Commonwealth Games must be “modern and edgy” to stay relevant to a young audience, according to federation chief Katie Sadleir, who praised 2022 host city Birmingham for an “outstanding job”. The 57-year-old former synchronised swimmer said the Games must show how “they are different and individual” from other events in a cluttered sporting calendar.

The 2022 Games, featuring competitors from 72 nations and territories, many of which are former British colonies, came to an end, with Australia top of the medals table.

The 2026 Games, to be held in the Australian state of Victoria, will be spread over four hubs — Ballarat, Bendigo, Geelong and Gippsland — rather than centred on one city.