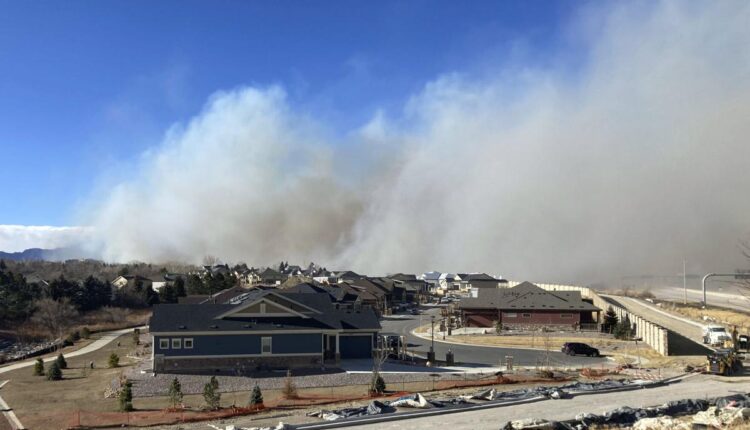 Colorado: A ferocious wind-driven wildfire on Thursday destroyed hundreds of homes and businesses near Boulder and Denver, Colorado, forcing tens of thousands to flee and blanketing the area in smoke.

The high winds that fanned fires in the area continued into Thursday night as the Boulder suburbs of Superior and Louisville remained under evacuation orders. Firefighters were forced to withdraw in many areas as one large wildfire raged on and another remained under control.

On Thursday night, hundreds of people watched from a ridge top as orange flames tore through the Rock Creek neighborhood of Superior, and numerous other fires dotted the horizon.