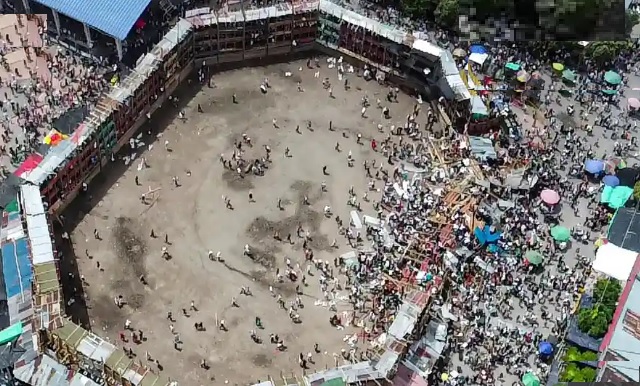 Bogota: At least four people were killed while 30 others sustained serious injuries when the grandstand at a bullring in Colombia collapsed during a popular event.

“There are four people dead at the moment — two women, a man and a child,” the governor of Tolima department, Jose Ricardo Orozco, told after the incident.

Local civil defense official Luis Fernando Velez said they did not know how many people were still buried in the debris, but noted that the section of stands was full when it collapsed.

The event was part of celebrations surrounding the San Pedro festival, the most popular in the region.

Orozco said the departmental government would move to ban the so-called “corralejas” in which local residents try their luck in the ring, saying they were dangerous and promoted animal abuse.

On Saturday, several people were injured in accidents at the corralejas in El Espinal, which is home to about 78,000 people, and is located about 150 kilometers (93 miles) from the capital Bogota.