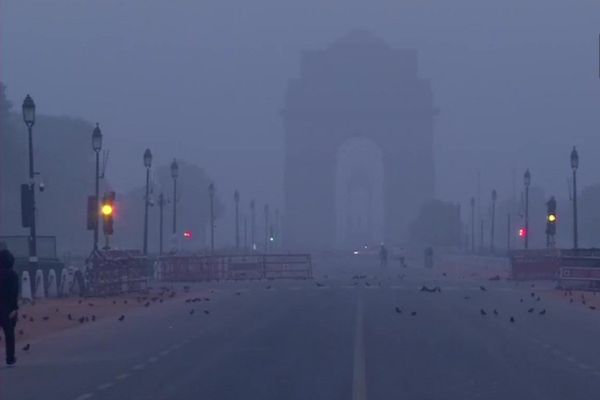 New Delhi: Cold wave is sweeping the national capital with the temperature dipping to 3.4 degrees Celsius on Sunday, the IMD said.

The minimum temperature at the Safdarjung Observatory on Saturday had recorded at 3.9 degrees Celsius.

An IMD official said: “The observatory recorded a minimum of 3.4 degrees Celsius, five notches below the normal, on Sunday morning. The maximum temperature is likely to settle around 22 degrees Celsius”.

The IMD said the mercury dipped to 3.3 degrees Celsius at Lodhi Road, as icy winds from snow-laden Western Himalayas swept through the city.

For the plains, the IMD declares a cold wave when the minimum temperature is 10 degrees Celsius or below and is 4.5 notches less than the normal for two consecutive days.