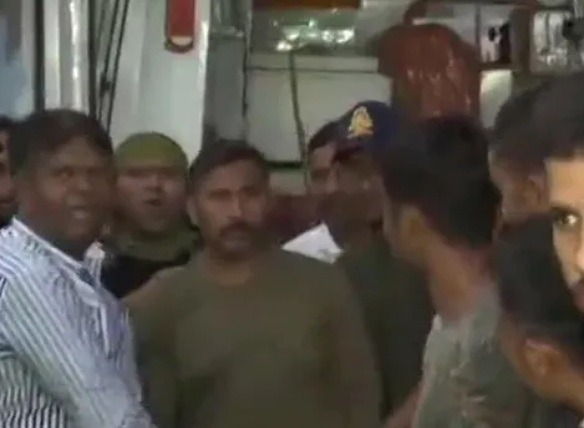 Raipur: Central Reserve Police Force’s (CRPF) Commando Battalion for Resolute Action (CoBRA) jawan Rakeshwar Singh Manhas, who was kidnapped by Naxals during the Bijapur ambush on April 3, has been released by the Maoists, Chhattisgarh police said on Thursday.

Police sources said Rakeshwar Singh was handed over to the Adivasis at Tarem jungle and was taken to Tarem camp for a checkup immediately after his release. Reportedly, Singh is stated to be fine.

As many as 24 jawans were martyred and the CoBRA jawan Rakeshwar Singh went missing during an encounter with Maoists in Sukma-Bijapur on Saturday. The gunbattle with Ultras had left 31 jawans critically injured.

Earlier the  Maoists, through a press release, had asked the government to make arrangements for the safe release of the captive. The Maoists abruptly freed the jawan when the government was searching for an interlocutor to settle the deal.

Update Yourself With Latest Trends in Technology: Odisha CM to Newly-Appointed Engineers