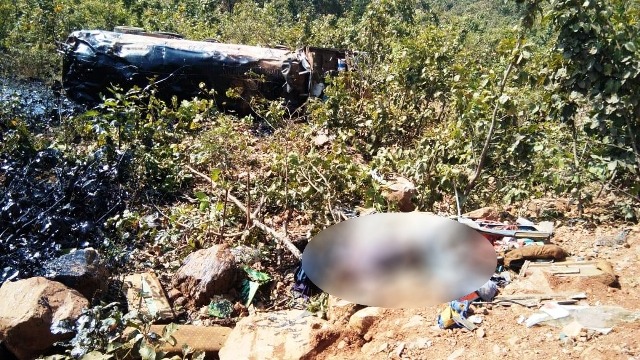 Jashipur: The driver of a coal tar-laden tanker was killed after the vehicle skidded off to 30-metre ditch near Chatiri Sahi on NH-49 at Jashipur in Mayurbhanj district.

The deceased driver was Anil Yadav and he belonged to Balia district of Uttar Pradesh. The helper Ritesh Kumar Singh is severely injured and is being treated at the hospital.

Police sources said the body of Yadav has been seized and after post-mortem, his mortal remains will be sent to native place.

Police said the tanker was on its way to Sambalpur from Haldia. The driver probably lost control on wheels on a steep turn of the highway that resulted in the mishap.

Meanwhile, locals have demanded that the highway be widened to accommodate traffic adequately and ward off accidents.