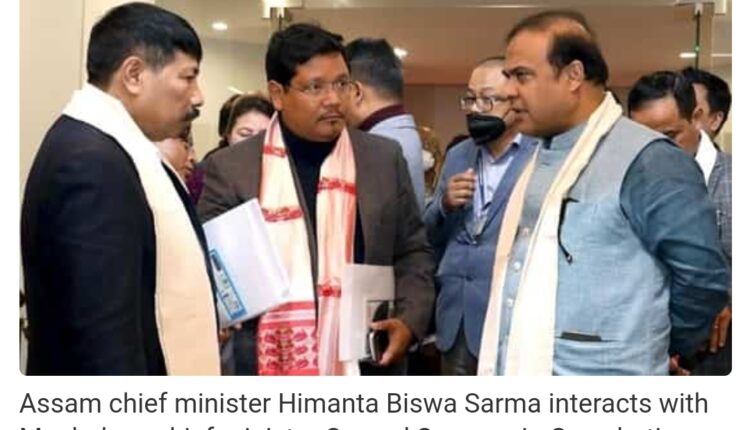 During the meeting, the leaders will submit their recommendations to resolve the decades-old border disputes between both northeastern states.

The meeting will be held in Delhi after 6pm, Sangma said on Wednesday while speaking to reporters.

The recommendations of the regional committees of Meghalaya and those of the Assam government will be given to the Union Ministry of Home Affairs (MHA) for further actions, he further informed.

The Assam and Meghalaya cabinets have approved a ‘give-and-take’ formula to resolve the five-decade-old border dispute between the two states. In the first phase, issues of six of the 12 disputed areas will be resolved. The six areas that will be taken up for final settlement in the first phase are Hahim, Gizang, Tarabari, Boklapara, Khanapara-Pilingkata and Ratacherra.