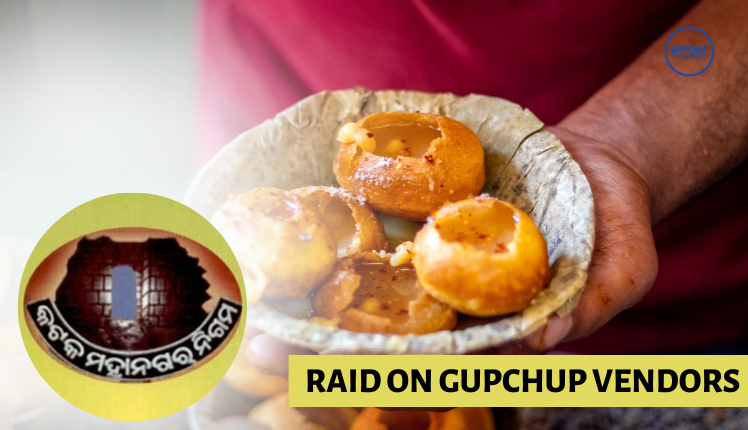 Cuttack: The Cuttack Municipal Corporation (CMC) officials on Saturday conducted a raid on the premises of various gupchup outlets in the city.

The raid had been conducted following that the food item is being prepared in an unhygienic environment.

During the raid, the inspection team found that unhygienic water was used during the preparation of the street food item.

The officials later seized and destroyed a large quantity of substandard items used during the preparation of the food. Over 50 kg of food items were destroyed.

The officials also reprimanded owners of roadside eateries and warned them to not repeat the same in future.