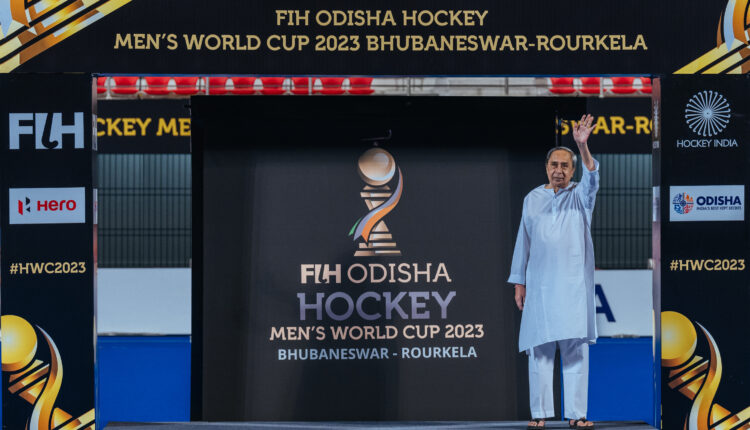 The prestigious quadrennial tournament is scheduled to be held next year from January 13 to January 29.

Hockey India and its official partner Odisha will host the marquee event for the second consecutive time in the country after successfully conducting the event in 2018.

“It’s an honour and delight for me to unveil the logo of the FIH Hockey Men’s World Cup for the second consecutive time,” expressed Chief Minister Naveen Patnaik after unveiling the official logo.

The 15th edition of the FIH Hockey Men’s World Cup will be staged in two cities Bhubaneswar and Rourkela, where the country’s largest hockey stadium is being constructed. The new world-class stadium will have a seating capacity of 20,000.

On the occasion, Dr Narinder Dhruv Batra, President, International Hockey Federation (FIH) said, “The reveal of the logo is one of the important milestones on the road to the 2023 FIH Odisha Hockey Men’s World Cup, Bhubaneswar – Rourkela. A wonderful show awaits athletes and fans in January next year as the best teams of the world will be in action in the state-of-the-art Kalinga Stadium in Bhubaneswar and the magnificent, brand-new Birsa Munda International Hockey Stadium – the country’s biggest hockey arena – in Rourkela. On behalf of FIH, I’d like to extend my sincerest thanks to the Government of Odisha, and in particular the Hon’ble Chief Minister of Odisha Shri Naveen Patnaik, for the continuous support to the development of hockey.” 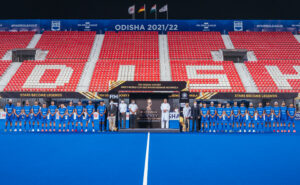 “On behalf of Hockey India, I would like to extend our sincerest thanks to Hon’ble Chief Minister of Odisha Shri Naveen Patnaik Ji for unveiling the logo of the FIH Odisha Hockey Men’s World Cup 2023 Bhubaneswar – Rourkela. This marks an important step in Hockey India and Odisha State Government’s proud journey to stage the prestigious event for the second consecutive time in the country. As always, we are grateful towards Odisha’s continued support to Indian hockey. We look forward to hosting this prestigious event and it is certainly going to be an exciting one for the hockey fans around the globe,” he expressed.

During the event, the Chief Minister released balloons to mark the momentous occasion. 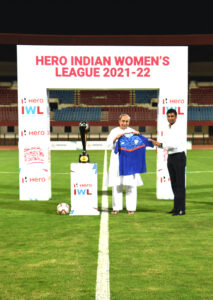 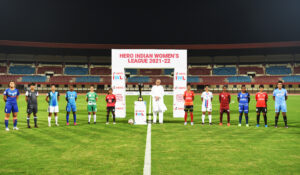 The CM also met and interacted with the captains of Hero IWL and wished them for their matches. Deputy General Secy, AIFF, Abhishek Yadav presented an Indian Football jersey to Hon’ble CM at Kalinga Stadium, today in the presence of all the 12 Captains.