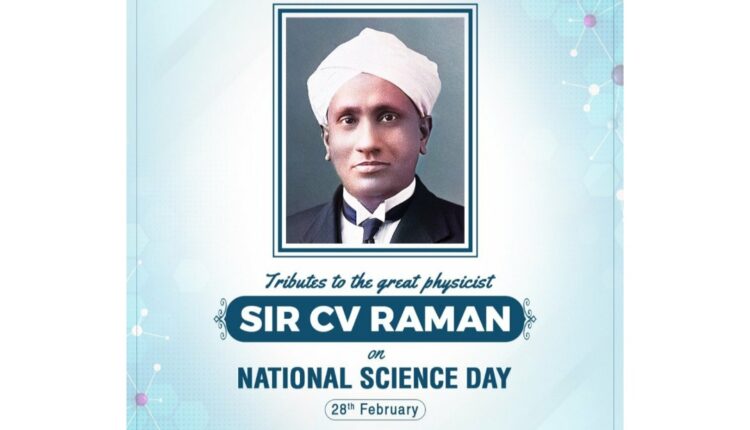 Bhubaneswar: On the occasion of National Science Day, which is observed in honour of Indian physicist Sir CV Raman on February 28, Chief Minister Naveen Patnaik paid tributes to the Nobel Laureate.

Humble tributes to eminent scientist, Nobel laureate and Bharat Ratna #CVRaman on #NationalScienceDay, celebrated to mark the discovery of #RamanEffect. His pioneering work in physics and other scientific achievements will continue to inspire scientists and students. pic.twitter.com/O9L4GJ3Z1c

The Science Day is celebrated to mark the discovery of the Raman Effect by the Indian scientist from Tamil Nadu on February 28, 1928. For his discovery, Raman was awarded the Nobel Prize in Physics in 1930.

The National Council of Science and Technology Commission (NCSTC) had recommended to the government to celebrate the day in 1986.