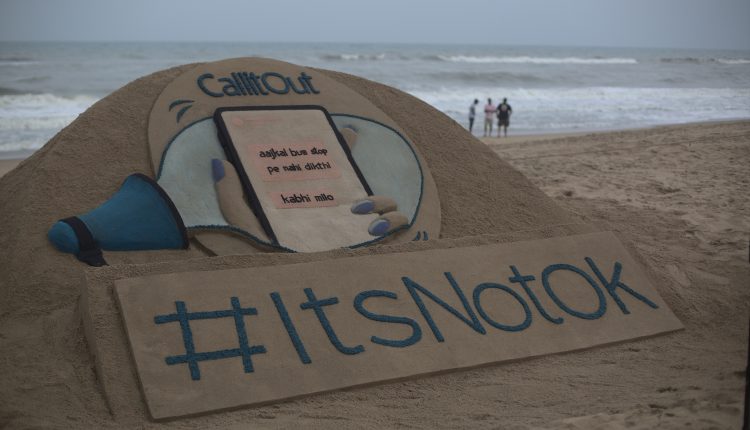 Bhubaneswar: Harassment against women is deep rooted in discrimination and inequality, making it a challenging problem to address. To raise awareness, News18 Network and Truecaller jointly started an anti-harassment campaign titled #CallItOut to create awareness about the issue, highlight existing resources and tools to empower people and shine light on the need for collective action. Through this campaign, Truecaller is one of the first private tech platforms to recently work in the state of Odisha and reach out to stakeholders and create awareness on the ground.

CM Patnaik expressed the need for immediate reporting of crimes against women. Showing support towards the initiative, he said, “Women should not endure abuse and find the courage to speak up and report harassment. Harassment is a word perhaps we fear and speak very little about it. We tend to forget that we are being harassed and even if we are being harassed we refuse to call it out. During the pandemic, a countless number of women faced online harassment. Let’s come together to combat harassment and improve the safety of women. I thank and congratulate News18 Network and Truecaller for taking such a big initiative with the #CallItOut campaign because #ItsNotOk to ignore the harassment”

Mr. Tusharkanti Behera, echoing the thoughts of the Chief Minister, highlighted the state government’s efforts to end cybercrime and harassment against women. “Harassment against women is a grave violation of human rights. We are trying to educate not just the public, but also the police, to ensure that these cases are registered as soon as possible. In 537 police stations, Mahila and Sishu desks are in operation to investigate cases involving women and children. The government is taking a proactive approach to address sexual harassment of women at work and for that 29 investigative units have been established across Odisha. Also, the Odisha police department and UNICEF have collaborated on awareness programmes to educate the public on the provisions and procedures that apply to cases of sexual harassment of minor girls. The National Cyber Crime Reporting Portal also allows for the anonymous filing of complaints,” he noted.

During the discussion, IPS Rekha Lohani emphasised the Odisha government’s efforts to combat harassment in the state and highlighted the steps undertaken by the government to protect women.

The talk highlighted the prevalence of gender inequality even in the 21st century and how lack of safety is limiting economic opportunities and career growth for women. A workplace is only truly safe when it’s safe for everyone who works in it. The freedom to work – by choice, in conditions of dignity, safety, and fairness – is integral to every individual. However, several surveys and reports state that the lack of safe workplaces in our country and the danger of reaching them by public transport is keeping more women out of the workforce.

Pragya from Truecaller outlined the company’s efforts to ensure women’s safety at all times and in all places. “Making digital communication safe is what we are attempting to do with this campaign. We want to assist women to reclaim online and physical spaces; whether that involves travelling in a car or being aware that if they feel uncomfortable and unsafe while in a public place, all they need to do is open the Truecaller app on their phone and dial 112, 181 helplines to seek assistance. 90% of the 220 million users of our service—of whom half are women and account for around 100 million people in India—told us that they won’t take up a call unless it has a Truecaller identification. In 2021, we launched the Guardians app – a safety tool that lets users share their location in real-time, or live-location to their selected contacts. The app is meant to help users with security so that those they trust have their whereabouts at any given point in time,” she remarked.

Other prominent personalities that lent their support to the cause were Actor and Politician Akash Das Nayak, Social Media Influencer and Actor Niharika Dash, Actor Prakruti Mishra, and Singer Sohini Mishra.

The fight against harassment is not a short-term endeavour. It requires coordinated and sustained efforts from all. The famous sand artist SudarsanPattnaik created and designed beautiful sand art around the theme of the campaign. The event concluded with everyone promising to support victims, raise awareness, speak up against harassment, take action and support women.

India To Roll Out E-Passports For Citizens Soon