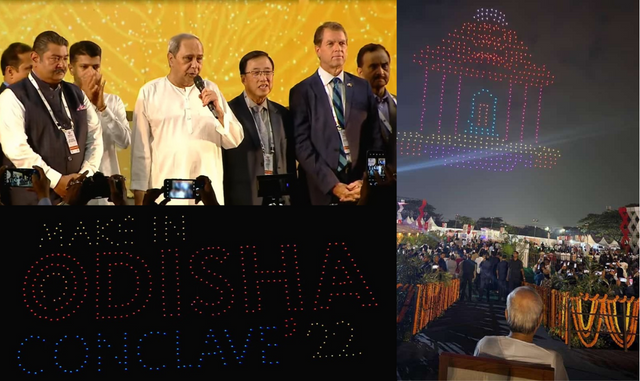 Bhubaneswar: Chief Minister Naveen Patnaik inaugurated the 3rd edition of “Make in Odisha Conclave 2022” (MIO) to bolster innovation and expansion in the state’s start-up ecosystem with an aim to maximise investment and opportunities for start-ups in the state.

Welcoming the delegates on the occasion, the Odisha CM said, “Ladies and Gentlemen, Welcome to Odisha. It is my pleasure to address this FICCI National Executive Council Meeting. We are moments away from the start of the third edition of the Make in Odisha Conclave. I would like to take this opportunity to personally thank FICCI and all its members for their support towards the Make in Odisha Conclave’22.”

“We have a strong partnership with FICCI and hope we build on the success of this conclave and continue to work together in near future towards bringing in investment and prosperity to Odisha,” he said.

The Odisha CM urged the FICCI FLO team to work closely with the Mission Shakti Department to develop strategies for further strengthening the entrepreneurship ecosystem at the grassroots while at the same time creating opportunities for local women entrepreneurs to reach out to the global markets.

“Odisha is fast emerging as a fulcrum of trade, commerce and industrialisation in Eastern India and the Bay of Bengal region,” the Chief Minister said further requesting FICCI to promote Odisha as a destination of choice for the investor community through all its channels.

The Chief Minister also visited the exhibition at MIO 2022, a showcase of the 6 focus sectors for ‘Vision 2025: Odisha Industrial Development Plan”.

The inaugural event of MIO 2022 kicked off on a glittery note with hundreds of drones adorning the night sky in Odisha, making an enthralling drone show. 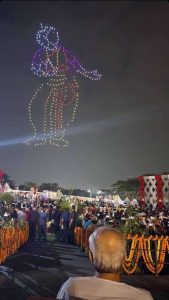 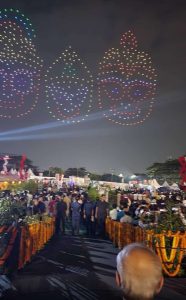 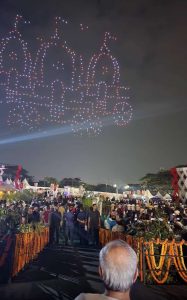 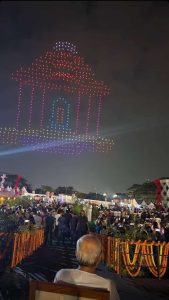 Make in Odisha Conclave 2022, is poised to attract significant investment into the State, support start-ups and thereby create multiple job opportunities. The conclave, will provide a platform that would not only boost the start-up ecosystem but also enhance the contribution of various sectors such as Agritech, Food and beverages, healthcare, manufacturing and non-IT start-ups towards the economic growth of the State.The state’s inclusive policiesaim to attract investors and start-ups from across the country and abroad to consider Odisha as their preferred business destination.As part of the efforts to reach out to international audiences, the  Government has also partnered with Germany, Norway and Japan to be part of the Make in Odisha 2022 Conclave.

Day one of MIO will also witness two panel discussions, that would include one by investors and one by UNICORNS. The panel discussion on Investors’ Outlook on Building Scalable Innovation” will witness the participation of investors such as IAN, Indea Capital, UNICORN India, SEAFUND, PONTAQ and Lets Venture. The panel discussion will be moderated by Madhavan Narayan, Former Senior Editor of Hindustan Times, New Delhi. The second panel discussion involving Unicorns titled “Entrepreneurship – Essence of New Odisha” will witness the participation of Unicorn Start-ups such as Zetwerk, Nestaway, Purplle and Moglix. will be moderated by Dr. Omkar Rai, Executive Chairman, of Startup Odisha.

While Make in Odisha 2022 is set to be an effective platform for networking, exchange of ideas, imbibing of knowledge and signing of business deals, the government will also announce the signing of MOUs with various organisations. Monetary benefits to start-ups and incubators will also be announced. Another highlight of the day will be the announcement and distribution of the Startup Yatra Awards.