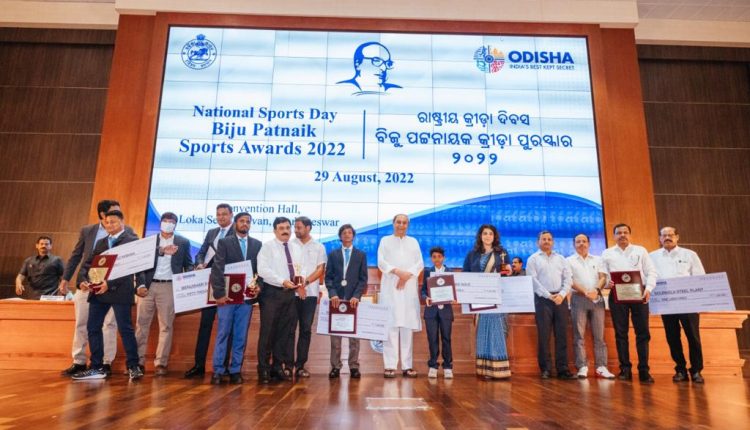 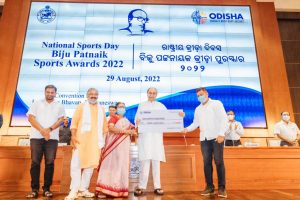 Jatani MLA Suresh Routray received the award from Chief Minister on behalf of his son Siddhartha Routray who recently scaled Mount Everest. Siddhartha received a cash reward of Rs 3 lakh from the CM. 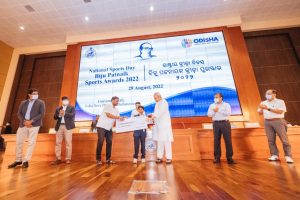 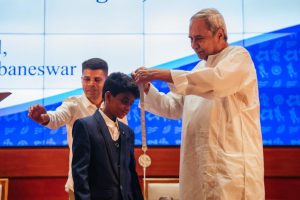 For their humanity and selfless act of courage and bravery 14-year-old, Pratap Tarei and 10- year old Subhashree Rout were conferred with the Biju Patnaik Bravery Award. They each received Rs. 1 lakh, a citation and a silver medal from the Chief Minister.

Coach Bishnu Mishra was conferred with the Biju Patnaik Sports award for Excellence in Coaching. He received Rs. 1 Lakh, a citation and a trophy.

The Biju Patnaik Award for Excellence in Sports Journalism was conferred to Benudhar Das. He received Rs. 50,000, a citation and a trophy.

Biju Patnaik Award for Lifetime Achievement in Promotion of Sports and Games was given to former Odia International cricketer, Debasis Mohanty. He was awarded Rs. 3 Lakh, a citation and a trophy. 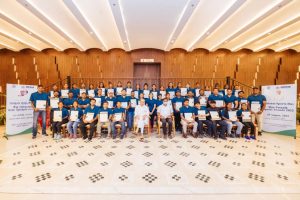 On this occasion of the National Sports Day celebration, 53 meritorious sportspersons and para-sportspersons of Odisha received their appointment order for their outstanding performance in their sports disciplines and bringing laurels to their state and nation.

Besides, 291 sportspersons were felicitated with cash awards today, for their spectacular performance at the national and international levels. 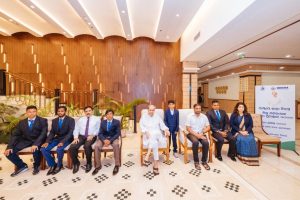 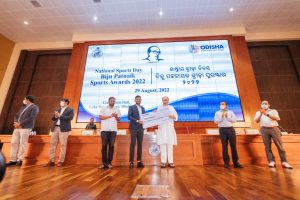 A total of Rs 2, 12, 82,500 was presented in cash awards by the Sports and Youth Services Department.

Congratulating all, Chief Minister Naveen Patnaik, said, “It is a proud moment for us to honour you all. I am sure the achievements of the sports persons being felicitated today, will motivate more youth to take up sports as a career.”

Sport is an important medium for the development of our youth and society. We are investing in sports across the state and supporting the sportsperson in their endeavour to achieve excellence.

Odisha is being recognised as an emerging sports destination in the country. The government will continue to support sports activities and make Odisha a major force in the sports field in the coming years, he added. 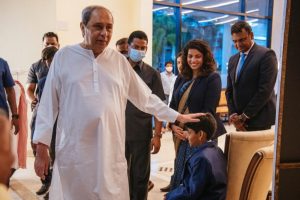 The awardees expressed their gratitude and delight for the support they have been extended by the Government of Odisha and thanked the Chief Minister for his continuous support for Sports in Odisha.