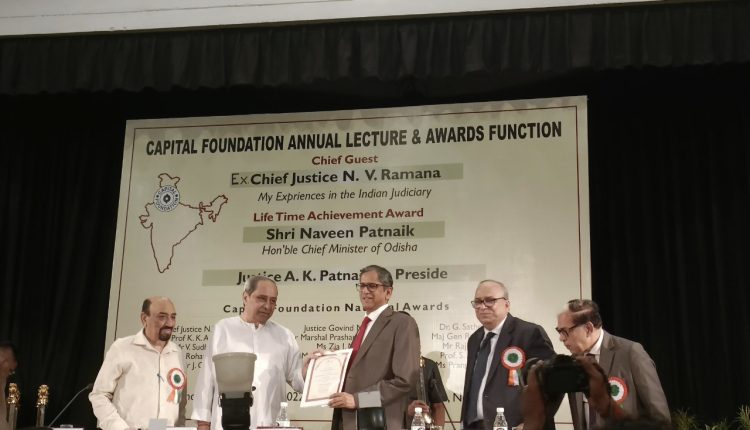 Bhubaneswar: Odisha Chief Minister Naveen Patnaik was on Sunday conferred with the prestigious life time achievement award by the Capital Foundation Society (CFS) in recognition of his distinctive and outstanding leadership qualities.

The award was conferred by former Chief Justice of India NV Ramana in New Delhi today.

Under the leadership of Patnaik, Odisha’s transformative journey began and the State witnessed rapid strides in every sector over the next two decades. His simplicity, kind-heartedness and impeccable integrity has own the hearts of the people of Odisha, said the Capital Foundation Society.

The Capital Foundation Society, established in 1987 is one of the most prestigious voluntary organisations in India which has been engaged in providing a platform for policy dialogue and debate on issues of national and international importance. The board of governors of the organisation include judges of the Supreme Court, cabinet ministers, senior civil servants, political leaders representing different parties and interests, academics, defence and police chiefs, jurists and social workers.