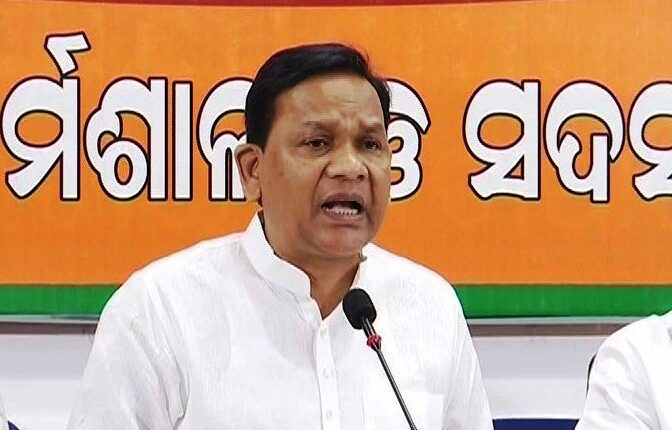 Bhubaneswar: The State Opposition Leader Pradipta Nayak has alleged that CM Naveen Patnaik has been trying to hijack Central schemes by indulging in cheap politics.

The BJP leaders said the CM is not at all concerned about the wellbeing of people of Kalahandi as a number of welfare schemes are in limbo for years.

Nayak said nearly 22 years have elapsed but the Western Odisha Council office is yet to be shifted to western Odisha.  He questioned why an agricultural university has not been set up till date although it was promised long ago.

Kalahandi is the largest cotton producer of the state, but the farmers are living in distress as the government is not patronizing them. The spinning mill at Kesinga is lying defunct, Nayak said and added that the Chief Minister seems to be little concerned about the plight of workers.

The Opposition leader said the mega lift irrigation project that was inaugurated by the Chief Minister himself in 2015 has not served the purpose of the farmers of Kalahandi farmers.

The Chief Minister has visited Kalahandi today, but the purpose of his visit will not be fulfilled as he keeps himself aloof from the people.