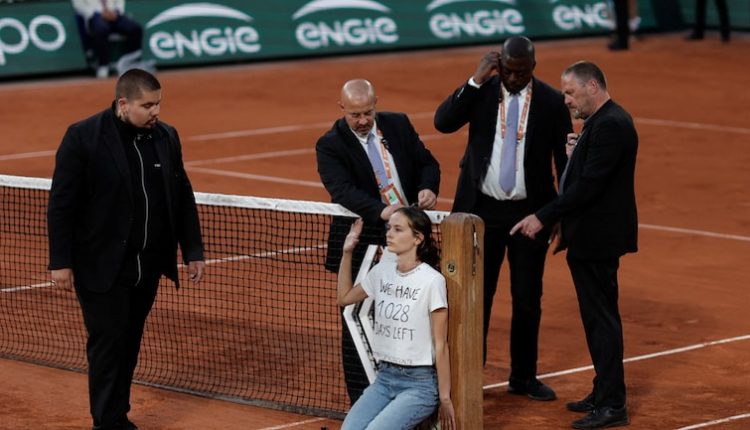 Paris: The French Open semi-final between Casper Ruud and Marin Cilic was halted momentarily after a climate protest activist walked into the court and tied herself to the net on Friday, June 3 in Paris.

The protester was wearing a T-shirt with ‘we have 1028 days left written on it’ and was carried off by the security. At that time, the players went back to their dressing room and later returned to continue with the match.

Climate change protestor Woman walks into court and tie herself to the net during the game between Ruud vs Clilic at the french Open.Say “we have 1028 days to live” pic.twitter.com/lkeoFzHoe5

The 23-year-old after dropping the first set 3-6, hit back with 6-4, 6-2, 6-2 against Cilic to seal the final against his idol Rafael Nadal. Ruud currently trains in the Nadal academy and is one of the best players in the clay surface after the maestro himself.

Owaisi questions assurance given by Mohan Bhagwat on Gyanvapi issue