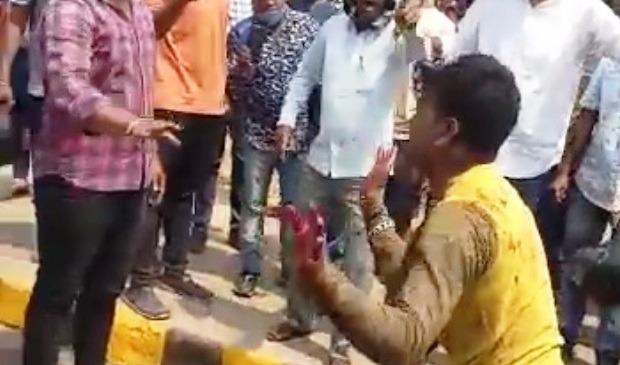 Bhubaneswar: Commissionerate Police said on Saturday that it will suo moto take cognizance of the attempted lynching of the two persons in the Capital city.

A murder occurred in broad daylight in busy CRP square area here. Three persons of Salia Sahi, namely Sagar Prusti, Sudhir Prusti and Tukuna Das were travelling in a Pick-Up van and all of a sudden screeched to a halt at CRP square.

Sagar and Sudhi immediately attacked Tukuna with sharp weapon and killed him on the spot. An irate mob who were witnessing the crime in a broad daylight reacted sharply and forcibly dragged the two accused out of the police van and thrashed mercilessly. They were severely injured.

As per reports, the city police will suo moto register an FIR against the persons involved in the lynching act. Stern action will also be taken against those involved in thrashing the two murder accused.

The people of the Capital city are in a state of panic following the broad daylight murder in one of the posh areas in CRP square.