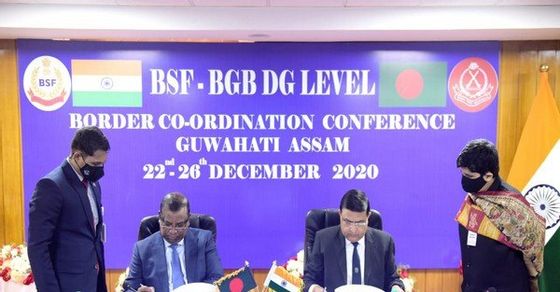 New Delhi: Bangladesh said its citizens come to India for medical purposes and there is no illegal immigration.

However, it has expressed concern over ever increasing incidents of smuggling across Indo-Bangladesh border. BGB Director-General Maj Gen Md Shafeenul Islam said people from his country land in India with valid documents only for medical purposes.

At a joint press conference with Border Security Force (BSF) Director-General Rakesh Asthana, Islam said that at least 86 Bangladeshi nationals were killed on the Indian side in the past three years for their alleged criminal activities.

They expressed concern that illegal movement of Rohingyas is a major concern for India and Bangladesh.

The officers said both the countries must take measures to control it by regularly apprehending such people on both sides of the border.

Asthana said cross-border illegal trade is a major concern for both the countries and added that the syndicates are mainly dealing with narcotics and cattle smuggling.