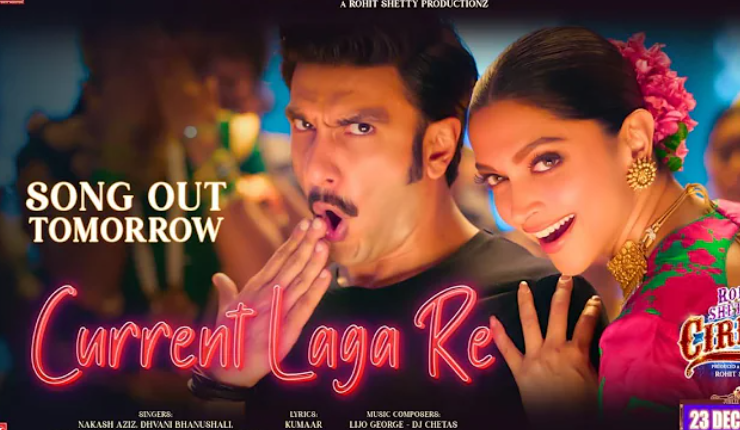 New Delhi: The makers of the upcoming comedy-drama Cirkus unveiled the teaser of the first song ‘Current Laga Re’ on Wednesday.

The song is sung by Nakash Aziz, Dhvani Bhanushali, Jonita Gandhi, and Lijo George and is composed by Lijo George – Dj Chetas. The lyrics of Current Laga Re are penned by Kumaar.

Talking about the film, Ranveer Singh starrer Cirkus is an adaptation of William Shakespeare’s 1982 play The Comedy of Errors. The overall film sets in the ’60s and the cast has shot the film mostly indoors on sets curated around the 1960s era in Goa, Mumbai, and Ooty. The film is co-produced by Rohit Shetty, Reliance Entertainment, and Bhushan Kumar.

Sort Your Dinner With Delicious Paneer Bhatura; Recipe Inside