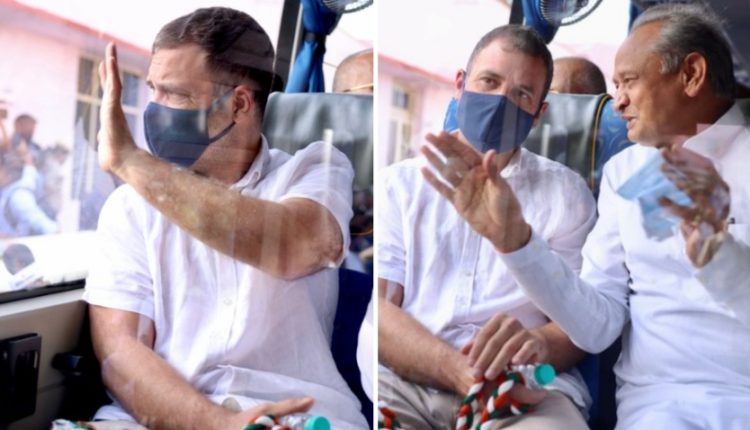 Rajasthan: Rahul Gandhi on Friday morning met Rajasthan chief minister Ashok Gehlot as he reached the Congress-ruled state after a train ride with other party colleagues.

Ahead of a three-day ‘Chintan Shivir’ (brainstorming conclave) in Rajasthan, he received a warm welcome at 5 am at the Chittorgarh railway station where a large group of partymen amid cheers and tight security greeted him.

The three-day conclave – said to be the party’s largest in recent times – is aimed at talks on organisational rejig and other national issues of concern, including those related to farmers and inflation.

Priyanka Gandhi Vadra too reached Udaipur soon after Rahul’s arrival and Sonia Gandhi will be inaugurating the conclave on Friday afternoon.

Around 400 Congress party leaders from across the country are expected to participate in the session.

However, ahead of the session, Congress president Sonia Gandhi said that the Shivir should not be treated as a mere “ritual” and added that it “should herald a restructured organisation to meet the many ideological, electoral and managerial tasks we confront”.

Meanwhile, the entire central leadership of the Youth Congress and the NSUI has also been invited to the session.

DoT issues advisory to public on proper use of wireless jammer, booster