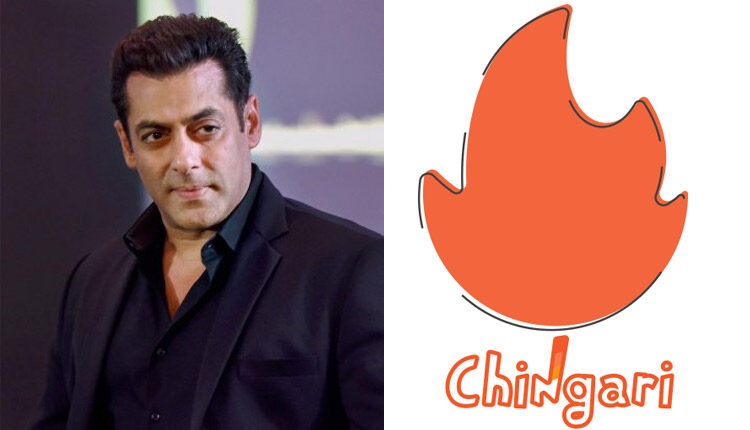 Several Hindi film actors such as Alia Bhatt, Anushka Sharma and others have recently invested in startups. Among Khan’s earlier investments is travel platform Yatra.

With Salman as global brand ambassador and investor, Chingari said it is looking to augment its position as the market leader. The company, however, did not disclose the funding amount from Salman.

“It is our pleasure to have Salman on-board as one of our global brand ambassador and investor. We are confident that our association will power Chingari to scale greater heights in the near future,” said Sumit Ghosh, Co-founder and CEO, Chingari.

In a press statement, Khan said, “Chingari is amongst the most popular entertainment apps in India and it has focused on adding value to its consumers and content creators. I like how Chingari has shaped up in such a short span of time, a platform for millions from rural to urban to showcase their unique talents and be seen by another million’s in no time.”

According to regulatory filings, Chingari has raised Rs 59.6 crore in its pre-Series A round. It looks like the company will receive the remaining amount in the coming weeks.

Chinagri came into existence last year after a ban on the ever-growing popular app TikTok and other China-linked entertainment and utility apps was brought last June.

Pakistani ministers not in favour of good ties with India