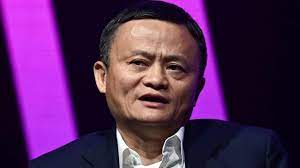 New Delhi: Chinese billionaire Jack Ma has reappeared after months of exile from public view ending speculation on his safety.

The rumours were set to rest with his reappearance. His online insurance business has come under scrutiny of Chinese anti-trust regulator. Media reports said the appearance was first highlighted in a local blog and confirmed by international news agencies.

He is the founder of The Alibaba Group. He has addressed an online gathering of 100 teachers on Wednesday, the report said. This is his first public appearance since October last year.

Media reports said the conference is organised annually by Ma. The Chinese billionaire is a former English teacher. He recognises the achievements of rural teachers, the reports added.

May His Divine Teachings Enlighten Us And Guide Us Through The Right Path: Naveen On Guru Gobind Singh Jayanti