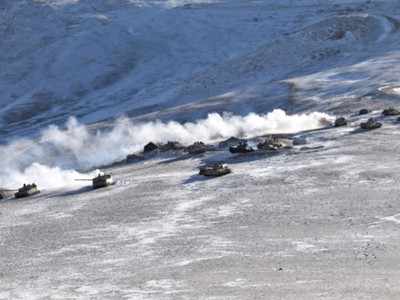 New Delhi: The People’s Liberation Army (PLA) has dismantled its jetty and helipad at Finger 5 on the northern banks of the Pangong Tso in eastern Ladakh sector.

Reports said that the Chinese military is also vacating Finger 4 area which it had occupied last year and changed the status quo at the LAC with India. The PLA troops are also dismantling shelters and removing other fortifications which they had built last year.

The development comes as both the nuclear-powered nations agreed to disengage from several friction points from February 10.

The current agreement provides for cessation of forward deployment by both sides and continued deployment at these permanent posts.