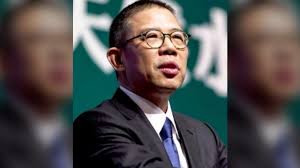 The net worth of Zhong, 66, surged USD 70.9 billion in 2020 to USD 77.8 billion, according to Bloomberg Billionaires Index. He is now the 11th richest person in the world.

It’s one of the fastest accumulations of wealth in history, and all the more remarkable considering that until this year he was little known outside of China.

He owes his success to two unrelated fields. He took vaccine maker Beijing Wantai Biological Pharmacy Enterprise Co. public in April, then months later Nongfu Spring Co., a maker of bottled water, became one of Hong Kong’s hottest listings. Nongfu shares have jumped 155% since their debut, and Wantai’s are up more than 2,000%.