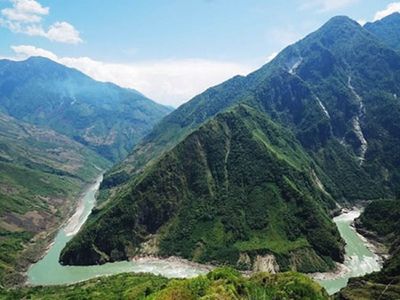 Hong Kong: China is planning to construct a mega-dam on the Yarlung Zangbao River that flows through Tibet and eventually becomes the Brahmaputra when it enters India.

Such a project is likely to trigger a water conflict with India, media reports suggest.

Reports said China is moving unilaterally over the issue without discussing the water-sharing agreements with downstream India or Bangladesh.

Media reports further said that Bangladesh, which maintains cordial relations with China has protested over the Yarlung Zangbao Dam.

There  has always been a trust deficit between the two neighbours due to previous tendencies where the Chinese were reluctant to provide details of its hydropower projects.

China’s dam-building and water division plans along the Brahmaputra (called Yarlung Zangbao in China) is a source of tension between the two neighbours.

China has built eleven mega-dams on the Mekong River, causing water levels there to fluctuate widely without prior notice in Myanmar, Laos, Thailand, Cambodia and Vietnam.

In December last ,China reduced water discharge from a dam to test its equipment near the town of Jinghong in southern Yunnan province from 1,904 cubic meters to 1,000 cubic meters per second.

Observers maintained that China is using its leverage over water flows as a ploy to win concessions from downstream Southeast Asian states on other issues, including in regard to its Belt and Road Initiative.