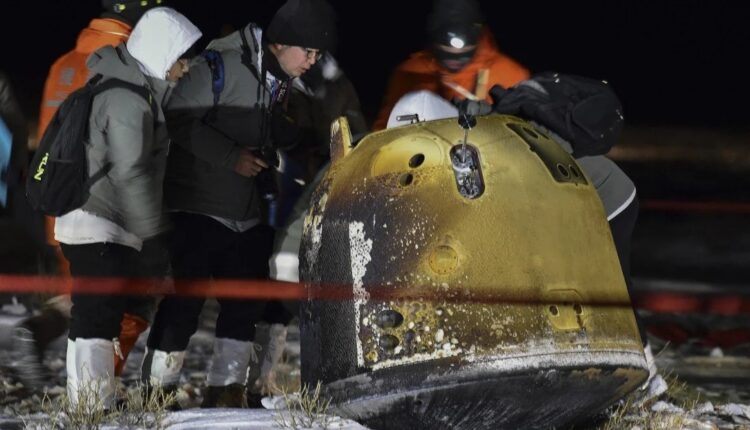 Beijing: China has become only the third country in the world to successfully collect rocks from the moon.

A Chinese spacecraft carrying rocks and soil from the Moon returned safely to Earth early on Thursday in the first mission in four decades to collect lunar samples.

The samples were retrieved from a previously unvisited area of the moon, and are also the first samples to be collected by any country since the 1970s.

The Chinese probe completed its 23-day space mission and landed in Siziwang Banner of the Inner Mongolia region.

The returning capsule made a “glide” when re-entering the atmosphere to decelerate and aim at this landing range which is chosen for all Chinese space missions.

Chinese President Xi Jinping on Thursday congratulated the success of the mission. As China’s most complicated space project, the Chang’e 5 mission “marks a great step forward in China’s space industry and will contribute to deepening the understanding of the origin of the moon and the evolution history of the solar system,” he said.

After the returning capsule landed back on Earth, it will be airlifted to Beijing, where the capsule will be opened and the samples will be ready for analysis and study, according to Chinese state media news agency Xinhua. China will also make some of the samples available to scientists in other countries, said Pei Zhaoyu, a deputy director at the CNSA.

China’s achievement follows the United States and the Soviet Union, which both collected lunar samples decades ago.