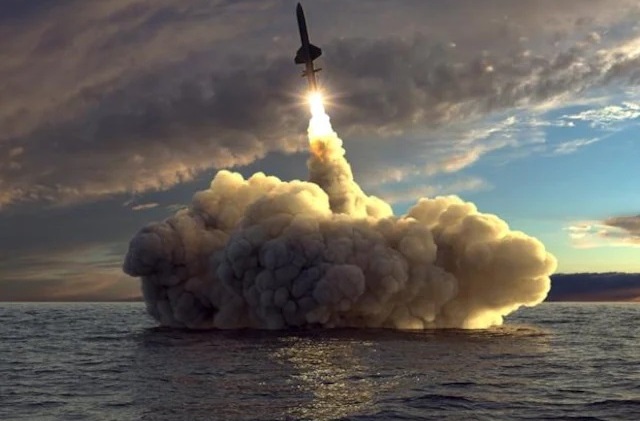 Washington: China is likely to have a stockpile of about 1,500 warheads by 2035, up from the current estimated number of 400, the Pentagon has said.

In its annual report to the Congress on China’s ambitious military build-up, the Pentagon said Tuesday that over the next decade, Beijing aims to modernise, diversify, and expand its nuclear forces.

China’s current nuclear modernisation exercise has exceeded the previous modernization attempts in both scale and complexity, it said.

China is investing in and expanding the number of its land-, sea-, and air-based nuclear delivery platforms and constructing the infrastructure necessary to support this major expansion of its nuclear forces, it said.

China, it said, is also supporting this expansion by increasing its capacity to produce and separate plutonium by constructing fast breeder reactors and reprocessing facilities. In 2021, Beijing probably accelerated its nuclear expansion, it said.

The Pentagon said it estimates that China’s operational nuclear warheads stockpile has surpassed 400.

The PLA plans to “basically complete modernization” of its national defense and armed forces by 2035, said the report. “If China continues the pace of its nuclear expansion, it will likely field a stockpile of about 1500 warheads by its 2035 timeline.”

The Chinese strategy is a determined pursuit to amass and expand its national power to transform, at least, aspects of the international system to make it more favourable to its political system and its national interests as they define them, said the official.

“They aim to expand their national power through both domestic and foreign policy initiatives. So, the global security initiative that Xi Jinping laid out at is one of these in which the PRC seeks to kind of paint itself as a provider of global public goods, said the senior defense official.

There has been more coercive and aggressive actions in the Indo-Pacific region, including some of which the US would highlight as being dangerous, the officials noted.

“So PLA vessels and aircraft have exhibited an increase in unsafe and unprofessional behavior in the Indo-Pacific region, including for the aircraft — aerobatics, –, discharging chaff, other activities that could make it dangerous for nearby aircraft to maneuver safely,” the official noted.