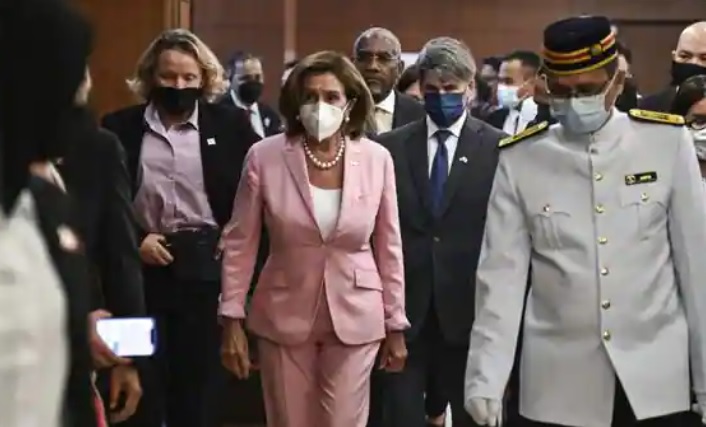 Beijing: China on Friday announced sanctions against US House Speaker Nancy Pelosi over her visit to Taiwan earlier this week.

A Chinese Foreign Ministry statement said that Pelosi had disregarded China’s concerns “seriously interfering its affairs and territorial integrity”  and that Beijing would “impose sanctions on Pelosi and her immediate family”, without giving further details.

Earlier, China had announced sanctions on a number of US officials for speaking out on human rights issues in Hong Kong and the northwestern region of Xinjiang.

Former US secretary of state Mike Pompeo, as well as Peter Navarro, a trade adviser to former president Donald Trump, were among those hit by earlier waves of sanctions

Notably, Pelosi was the highest-ranking U.S. official to visit the self-governing island in 25 years. China claims Taiwan as its territory and opposes it having its own engagements with foreign governments, the report said.