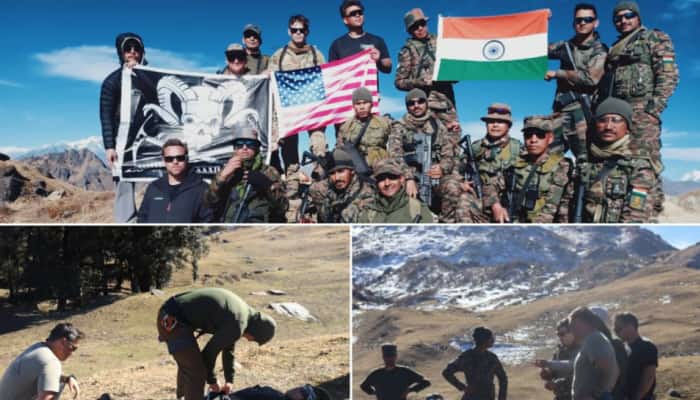 New Delhi: China on Wednesday (November 30, 2022) reacted sharply to the joint Indo-US military exercises being held near the Line of Actual Control (LAC) and said that it “violates the spirit” of the two border agreements signed between New Delhi and Beijing. China’s response came amid the ongoing 18th edition of Indo-US joint training exercise “YUDH ABHYAS 22”, which is being conducted in Uttarakhand with the “aim of exchanging best practices, Tactics, Techniques and Procedures” between the two armies.

“The joint military exercise held by India and the US near the Line of Actual Control (LAC) violated the spirit of relevant agreements signed by China and India in 1993 and 1996, and does not help build bilateral trust,” Chinese Foreign Ministry spokesman Zhao Lijian told a media briefing.

“China has expressed concerns to the Indian side over the military exercise,” he added.

As the Chinese defence ministry had said earlier, Beijing sees the exercise, which happened against the backdrop of the ongoing eastern Ladakh military standoff, as an effort by “third party” to meddle in India-China border affairs.

The MEA, however, had responded by saying that it did not understand the reference to “third party” and it’s China that needed to stick to bilateral agreements in the context of the standoff in eastern Ladakh.

“The India-US exercises are something completely different, and I don’t know what colour has been given that it is targeting there or violating existing pacts. I have no such information that I would be able to substantially agree to that,” the spokesperson had said.