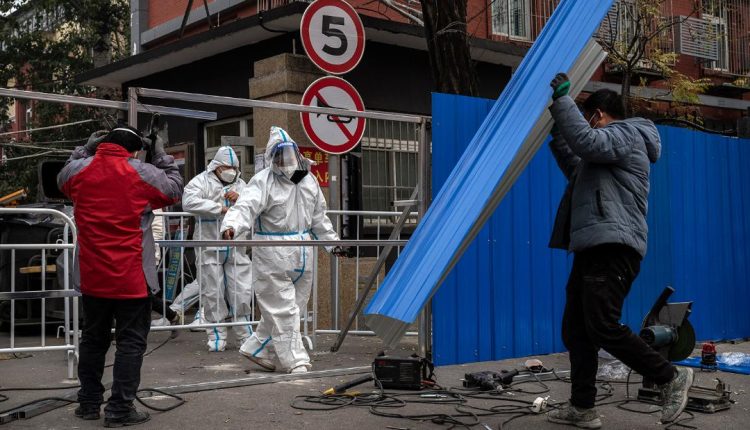 Beijing: Protests against Covid restrictions in China appear to have intensified following a fire which killed 10 people in an apartment block in Urumqi.

In the city of Shanghai, videos posted on social media by foreign journalists show thousands of people taking to the streets to remember the victims and to protest against Covid restrictions.

Hundreds were heard asking for President Xi Jinping to resign.

Many people have blamed the lockdown of residential buildings for the fire.

Chinese authorities said Saturday they would ease a months-long Covid lockdown in the country’s far western region of Xinjiang “in stages”, following protests over a deadly fire at an apartment building in the regional capital of Urumqi.

China’s COVID policy has led to public frustration and some videos appeared to show crowds of people protesting against the policy in the streets of Urumqi, following demonstrations in other cities.

China has put the vast Xinjiang region, home to 10 million Uighurs, under some of the country’s longest lockdowns, with many of Urumqi’s four million residents barred from leaving their homes for as long as 100 days.

The protests are the latest in an accelerating series of mass demonstrations against China’s zero-Covid measures which have also become increasingly bolder in criticism of the government and President Xi.

The zero-Covid strategy is the last policy of its kind among the world’s major economies, and is partly due to China’s relatively low vaccination levels and an effort to protect elderly people.

Snap lockdowns have caused anger across the country – and Covid restrictions more broadly have trigged recent violent protests from Zhengzhou to Guangzhou.

In spite of the stringent measures, China’s case numbers this week hit all-time records since the pandemic began.