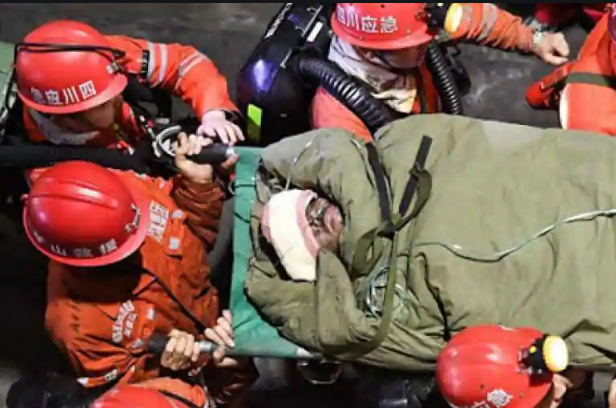 China Mine Deaths: 18 Killed In Underground Gas Leak In Chongqing

Beijing: At least eighteen people have been confirmed dead after an accident due to excessive levels of carbon monoxide at a coal mine in China’s Chongqing, authorities said on Saturday.

According to reports, twenty-four miners were caught up in the accident at the Diaoshuidong mine in the city of Chongqing, around 1,800km south-west of Beijing, after the gas leak occurred on Friday.

As of Saturday morning, one survivor and 18 victims had been found, CCTV reported, citing the local emergency rescue command headquarters.

The accident occurred while workers were dismantling underground mining equipment. The mine had been closed for the previous two months.

An earlier accident at the mine claimed the lives of three people in 2013. In 2018, seven miners died after a skip plummeted down a mine shaft in Chongqing.

Petrol Price Goes Past Rs 83 Per Litre, Diesel At Rs 73