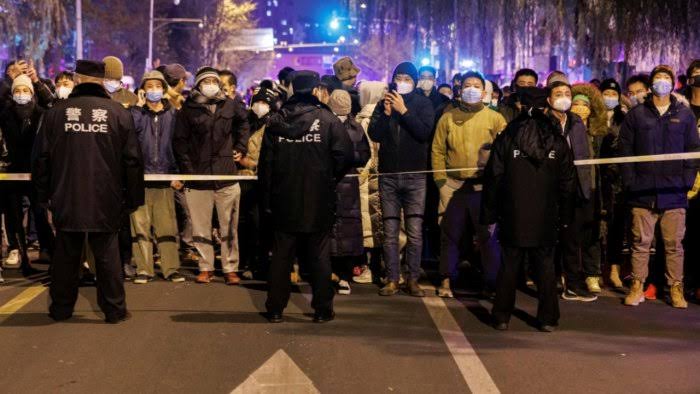 Beijing: China’s top Covid official and multiple cities have signalled a possible relaxing of the country’s strict zero-tolerance approach to the virus, after nationwide protests calling for an end to lockdowns and greater political freedom.

Anger over China’s zero-Covid policy — which involves mass lockdowns, constant testing and quarantines even for people who are not infected — has sparked protests in major cities, including Beijing, Shanghai and Guangzhou.

But while authorities have called for a “crackdown” in the wake of the demonstrations, they have also begun hinting that a relaxation of the hardline virus strategy could be in the works.