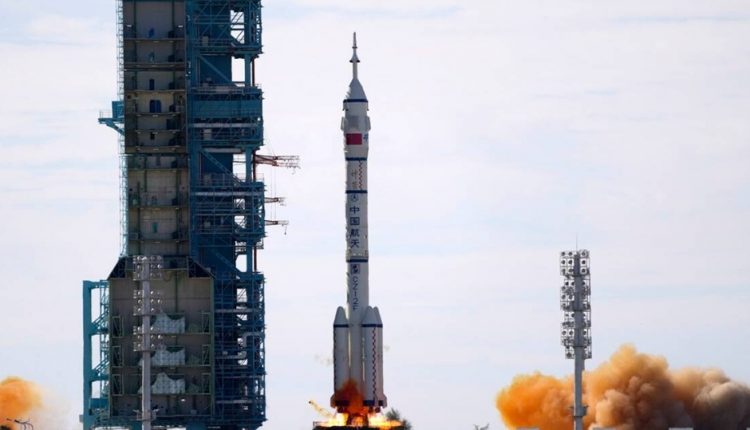 Beijing: China launched the first three crew members on a mission to its new space station Thursday in its first crewed mission in five years.

The trio launched on a Long March-2F rocket for the Tiangong station, where they will spend three months, in a much-anticipated blast-off broadcast live on state TV.

Lift-off happened at 9:22 am (0122 GMT) from the Jiuquan launch centre in northwest China’s Gobi desert.

After about 10 minutes it reached orbit and the space craft separated from the rocket.

Another floated a pen just off his lap in zero-gravity as he browsed the flight manual.

The mission’s commander is Nie Haisheng, a decorated air force pilot in the People’s Liberation Army who has already participated in two space missions.

The mission brings to 14 the number of Chinese astronauts traveling into space since China launched its first crewed mission in 2003, becoming only the third country after the former Soviet Union and the United States to do so on its own.

The mission is the third of 11 planned through next year to add the additional sections to the station and send up crews and supplies. A fresh three-member crew and a cargo ship with supplies will be sent in three months.