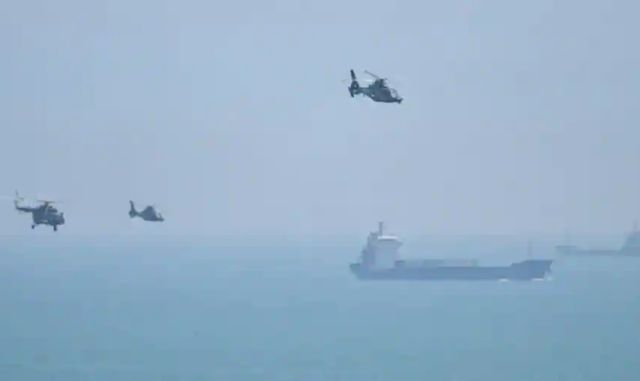 Beijing: China continued its controversial military exercises around Taiwan on Sunday, in what is due to be the last day of the manoeuvres that have considerably increased tensions in the region following US House Speaker Nancy Pelosi’s visit to Taipei.

Taiwan’s military reported that 20 Chinese military aircraft and 14 warships had taken part in Saturday’s exercises, with Chinese drones again observed over the Taiwan-administered island of Kinmen, which lies just 10 km from the port city of Xiamen on the Chinese mainland, reports dpa news agency.

According to experts, there have been no Chinese overflights of the island, also known as Quemoy, since the 1950s.m