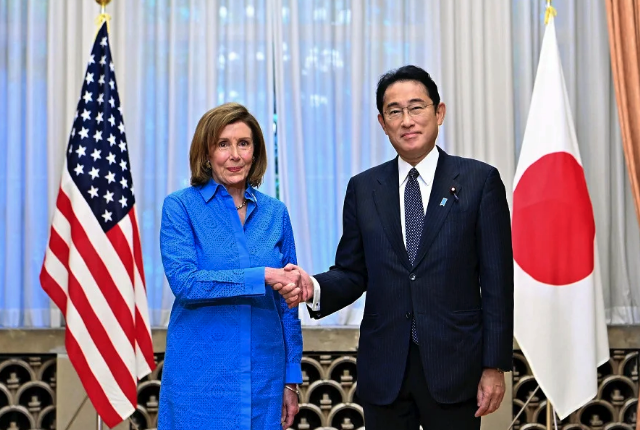 Tokyo: While meeting with Japan’s Prime Minister Fumio Kishida in Tokyo this morning, US House Speaker Nancy Pelosi said that China will not isolate Taiwan by preventing US officials from travelling there.

The meeting between the two leaders comes amid heightened tensions between China and the US.

She made the remarks in Tokyo, the final leg of an Asia tour highlighted by a visit to Taiwan that infuriated China.

Pelosi, the first House speaker to visit Taiwan in 25 years, said on Wednesday in Taipei that the US commitment to democracy in the self-governing island and elsewhere “remains ironclad.”

Pelosi and five other members of Congress arrived in Tokyo late Thursday after visiting Singapore, Malaysia, Taiwan and South Korea.

Ishiba said Japan, while working with the United States to prevent conflict in the Indo-Pacific, wants a defense agreement with Taiwan.

China will not isolate TaiwanNancy PelosiNancy Pelosi during Japan visit