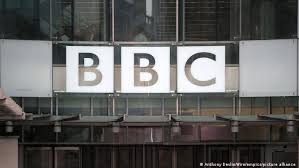 Beijing: China has banned BBC World News from airing in China, one week after threatening to retaliate for the recent revocation of the British broadcasting license for China’s state-owned CGTN.

China has criticised the BBC for its reporting on coronavirus and the persecution of ethnic minority Uighurs.

The BBC said it was “disappointed” by the decision.

The National Radio and Television Administration said in a statement dated midnight Friday that BBC World News coverage of China had violated requirements that news reporting be true and impartial and undermined China’s national interests and ethnic solidarity.

In response, the BBC said: “We are disappointed that the Chinese authorities have decided to take this course of action. The BBC is the word’s most trusted international news broadcaster and reports on stories from around the world fairly, impartially and without fear or favour.”

“As the channel fails to meet the requirements to broadcast in China as an overseas channel, BBC World News is not allowed to continue its service within Chinese territory,” the Radio and Television Administration said, adding that it would not accept the BBC’s broadcast application for the next year.

The BBC already is generally not viewable in China outside of some hotels, businesses and residential compounds for foreigners. It wasn’t immediately clear if the ban would affect reception in those facilities.

Four Injured In Road Mishap Caused Due To “Dense Fog”