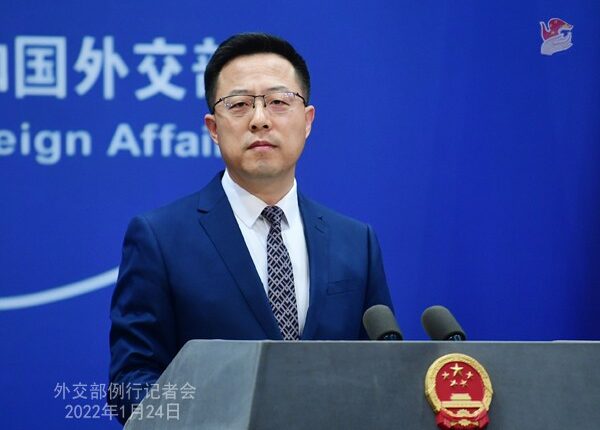 China Asks US To Ease Sanctions On North Korea

Beijing: China has said that the US needs to stop imposing endless sanctions and putting pressure on North Korea if Washington is sincerely concerned about the well-being of the North Korean people.

A spokesperson for China’s Foreign Ministry Zhao Lijian said, “If the United States is sincerely concerned about the well-being of the North Korean people, then it should stop imposing sanctions and pressuring the DPRK.”

“It should give due importance to the denuclearization measures taken by Pyongyang, respond to the legitimate and fair concerns of the DPRK, and take measures to ease sanctions on North Korea,” Zhao added.

Beijing and Moscow in October had proposed a draft resolution aimed at lifting some sanctions on North Korea given that Pyongyang has taken steps toward denuclearization and further negotiations, reported Sputnik.

The resolution expanded on a similar document proposed by the two countries in 2019 but was never put up for a vote due to opposition from Western members of the Security Council.

It comes as North Korea on January 13 launched a Hwasong-12 ballistic missile with a range of 4,500 kilometres (2,796 miles), making it the longest-range missile tested by Pyongyang since 2017. The launch was North Korea’s seventh this year.

Another 3,126 COVID-19 patients recover in Odisha