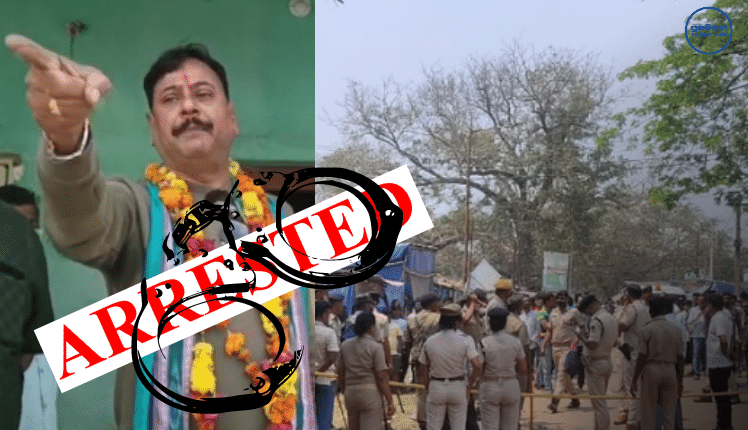 Bhubaneswar: Suspended Biju Janata Dal (BJD) leader and Chilika MLA Prashant Jagadev has been arrested by police on Tuesday after getting discharged from hospital.

According to police, Jagadev has rammed his car into a gathering in the Banpur Town area on March 12.

An attempt to murder case along with other charges has been slapped against Jagadev at Banpur police station for recklessly plowing his car into a crowd.

Speaking to media persons, IG Narasingha Bhol said, “Jagadev was under Police custody because he was under treatment and now he has been arrested after recovering.”

Terming the incident as an inhumane act, Bhol said, “Six people, 10 policemen and two journalists were injured in that incident. Meanwhile, Jagadev has been arrested as he has been recovered from his injuries. Further probe is on.”