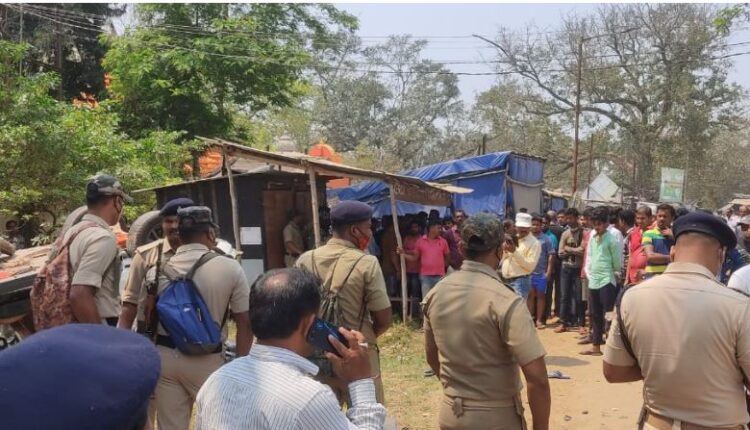 Khurda: Chilika MLA Prasanta Jagadev was hospitalized after being attacked by a mob near Banpur block office in Khurda district on Saturday.

According to reports, Jagadev allegedly ran his car into a group of people who had come to attend the Banpur block chairperson election. Following the incident, at least six persons including women and police personnel were injured.

Enraged of the matter, the crowd pull Jagadev out of his car and thrashed him brutally. Subsequently, he sustained grievous injuries and was rushed to Banpur hospital for treatment. He has been shifted to Bhubaneswar for further treatment. Meanwhile, the locals also damaged his car and overturned it.

Following this, a huge police force has been deployed to maintain the law and order situation.