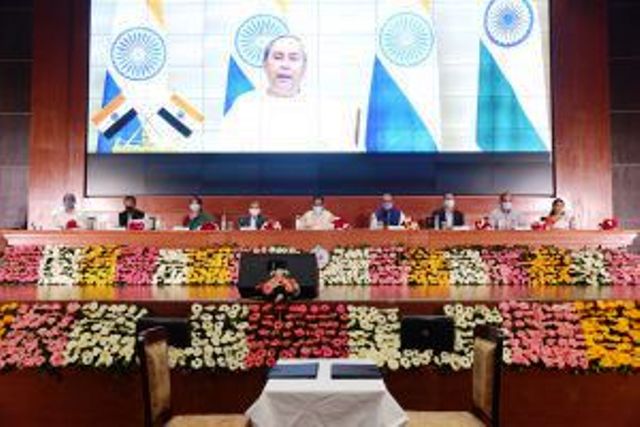 Chilika is the pilgrimage for migratory birds: Odisha CM

Inaugurating the 3rd National Chilika Bird Festival on Friday, Patnaik said the migratory birds cover thousands of miles to come to Chilika during winter as they love its surrounding most.

The 3rd National Chilika Bird Festival is being jointly organizesd by the state Tourism Department and Forest and Environment wing from January 8 to 10.

The people will get the opportunity to see nearly 55 species of birds from Karnataka, Maharashtra, Delhi, Haryana, Tamil Nadu, Andhra Pradesh, Telengana and West Bengal besides Odisha in the three day  festival.

Chief Secretary Suresh Kumar Mohapatra said 11.42 lakh migratory birds have arrived in Chilika from home and abroad this winter. He said Satkosia, Bhitarakanika and Hirakud have become new found places for birds. Mohapatra said eco-tourism in the state will be given due importance in the days to come.

OTDC Chairperson Srimayee Mishra hoped that the CM will take initiative to boost tourism as he has done the beautification of Puri and Lingarj Temples.

Principal Secretary Vishal Dev said eco tourism has been flourishing in the state and added that eco retreats in Daringibadi, Satkosia, Bhitarkanika, Hirakud and Konark.

The visitors to the Bird Festival will have the opportunity to go round Mangalajodi-Nalabana, Chandaka-Dampada sanctuary and Satkosia Tiger reserve.

DMET advises people to go in for Covid Vaccination