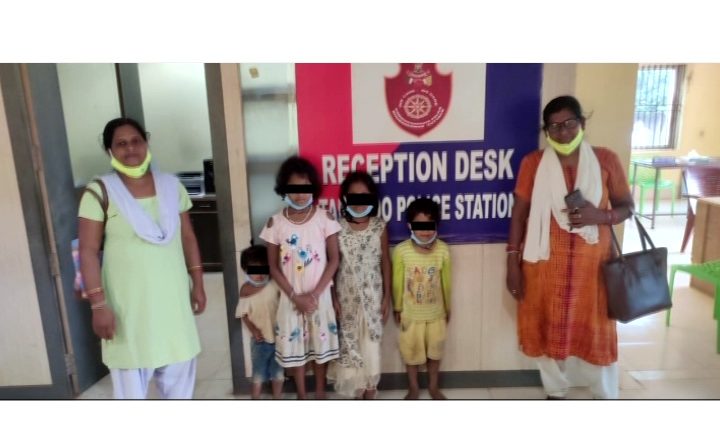 Bhubaneswar: Childline officials rescued at least four homeless minors including three girls from under a tree near AIIMS under Tamando police limits in Bhubaneswar on Sunday.

According to officials, the rescued minors were abandoned by their parents eight months back and they were staying near the AIIMS under open skies.

A team of officials comprising of Bhubaneswar Childline Coordinator and other officials rushed to the AIIMS area after getting a tip-off on the information of the minors who had managed to live on AIIMS premises.

Meanwhile, the ChildLine has kept them at Ruchika open shelter after their rescue. the rescued minors would be sheltered there till further order.