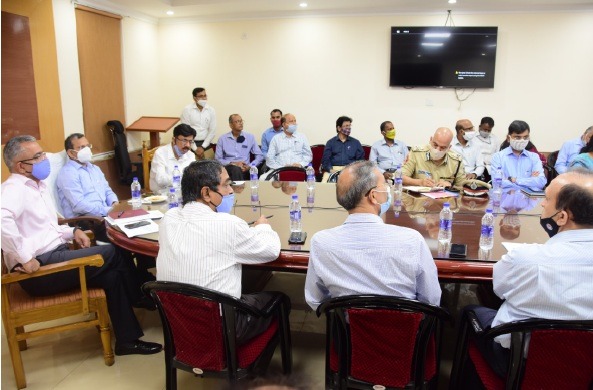 The Chief Secretary directed the health department and the Collectors of the concerned Districts to ensure that all officers, employees and service providers, who are expected to go near the President, to undergo RT-PCR test.

Besides, academics and students who are scheduled to receive any kind of certificate or degree at the NIT convocation ceremony from the President shall also undergo RT-PCR test, directed the Chief Secretary.

Further, the Chief Secretary directed that COVID-19 tests of officers, drivers and employees, who will be providing various services during airports, travel and accommodation, will also be done.

Chief Secretary also asked the officials concerned to ensure strict compliance of all protocols & SOPs during the President’s stay in Odisha.

On the 21st, President Ramnath Kobind Rourkela will attend the NIT convocation. On the same day, Rourkela will inaugurate the Super Specialty Hospital. The next day, on the 22nd, the President will visit Srikshetra and pay a visit to the Holy Trinity.