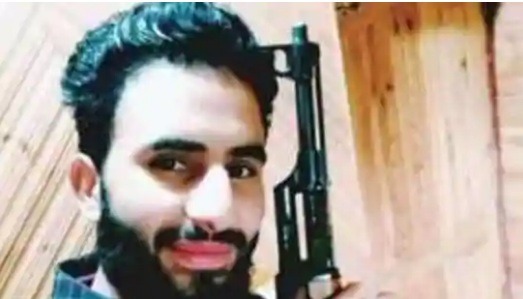 Srinagar: Jammu and Kashmir police has said it has foiled a major terror strike here with the arrest of a most wanted terrorist and self-styled commander of Lashkar-e-Mustafa, believed to be a frontal organization of the Jaish-e-Mohammad (JeM).

A pistol and grenade were seized from the possession of Hidayatullah Malik alias Hassain, an ‘A’ category terrorist hailing from Shopian district.

“We have recovered some arms and ammunition from him. More searches and raids are yet to be conducted,” said Jammu district police chief SSP Shridhar Patil.

Patil said the terrorist was arrested from Kunjwani area of Jammu city.

“Malik was travelling in a vehicle with arms, ammunition and grenades when arrested by a police team,” he said.

Preliminary questioning has revealed that he was planning to conduct a terror attack in Jammu, the officer said.

Police are searching for another associate of Malik who allegedly travelled with him from Kashmir to Jammu, officials said. It has been learnt that the terrorist was travelling in a vehicle which had an Uttar Pradesh registration number.

Malik is the latest in a chain of arrests. The first arrest in this chain was Ayaz Bhat of Anantnag from whom one pistol was recovered on January 18, said a police spokesman.