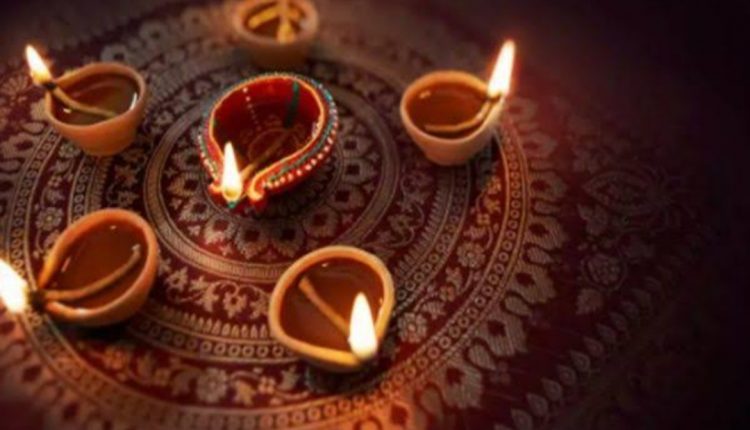 New Delhi: After Dhanteras, the second day of Diwali is celebrated as Chhoti Diwali. It is also known as Naraka Chaturdashi. “Naraka” refers to the mythical demon king Narakasura and “Chaturdashi” means the fourteenth day. The annual event takes place on the fourteenth day of Krishna Paksha, in the month of Ashwin of the Hindu calendar.

On Naraka Chaturdashi, devotees pray to the god Krishna, Kali, Yama and Hanuman to help cleanse their souls of past sins to avoid being sent to hell in the afterlife. Devotees also perform the ritualistic cleansing bath called Abhyanga Snan for this purpose and use sesame oil on their heads and body.

In some places, an effigy of Narakasura is burnt early in the morning. The rituals differ among different cultures in various parts of India.

As per Hindu mythology, Narakasura captured the territories of the Vedic goddess Aditi, abducted and mistreated many women. Krishna and Satyabhama fought in a battle against Narakasura and slew him. Many North-East Indians, however, believe that it was the goddess Kali who killed Narakasura.

This is why the day is also observed as Kali Chaudas. Hindus celebrate this day as a victory of good over evil and as a reminder to follow the spiritual path.

US Congress resolution recognises historical and religious significance of Diwali