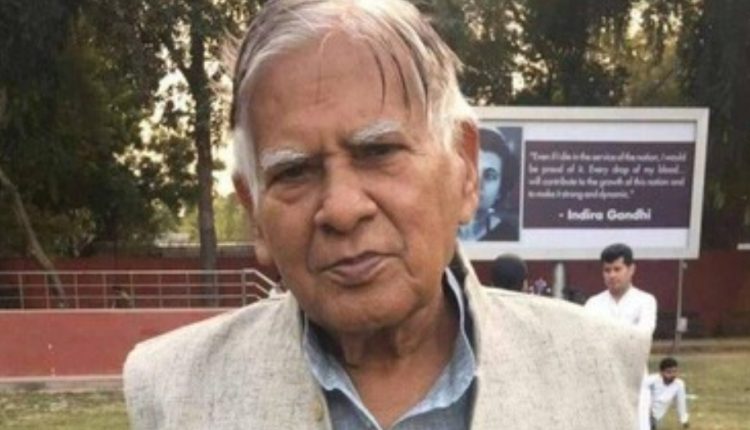 Chhattisgarh: Nand Kumar Baghel (86), the father of Chhattisgarh Chief Minister Bhupesh Baghel, was on Tuesday sent to judicial custody till September 21 as he refused to seek bail in a local court where he was produced after being arrested on charges of making a hate speech.

Chhattisgarh police, while acting on an FIR lodged at Raipur’s DD Nagar police station on a complaint of Sarv Brahmin Samaj, arrested Baghel senior from Delhi and brought him to Raipur.

He was later produced before a judicial magistrate where he flatly refused to seek bail. The court then sent him to 14-day judicial remand.