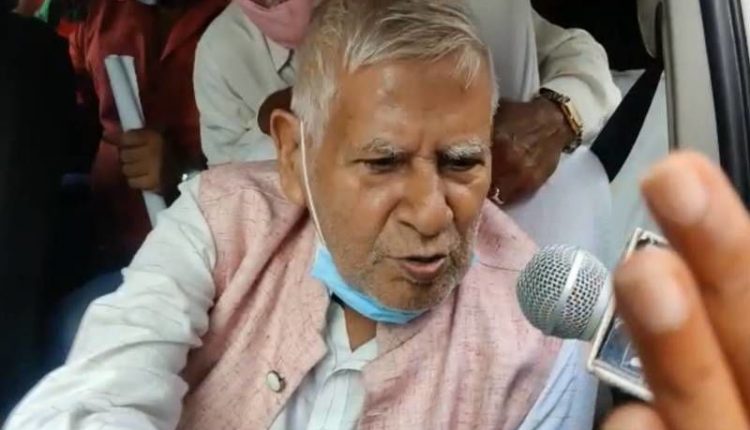 The 86-year-old was booked last week for allegedly saying that Brahmins should be boycotted.

Worth mentioning that the Raipur police had registered a case against Bhupesh Baghel’s father on Saturday following a complaint filed by the ‘Sarv Brahmin Samaj’.

The case was reportedly registered under Indian Penal Code Sections 153-A (promoting enmity between different groups on grounds of religion, race, place of birth, residence, language) and 505(1)(b) (with intent to cause, or likely to cause, fear or alarm to the public, or to any section of public whereby any person may be induced to commit an offence against the state or against public tranquillity).

The outfit in its complaint had alleged that the CM’s father recently appealed to people to boycott Brahmins by terming them as foreigners, and also asked people to not let them enter their villages. It also accused Nand Kumar Baghel of asking people to “evict” Brahmins out of the country.