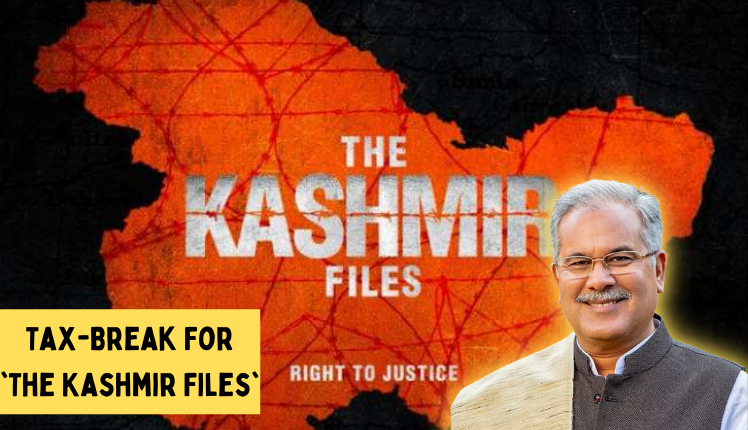 In a series of tweets in Hindi, Bhupesh Baghel also said that he will catch a show of the film today at 8 pm along with MLAs and ministers from the state.

This comes days after BJP MLA Brijmohan Agrawal alleged that the Congress government didn’t want people to watch the film and that it was pressuring theatres to not sell tickets to restrict footfalls. The charge was vehemently refuted by the party as baseless.

“BJP MLAs have demanded that ‘Kashmir Files’ should be made tax free. I request the Hon’ble Prime Minister to announce the removal of Central GST from this film. The film will be tax free across the country,” he tweeted, tagging the Prime Minister’s Office.

“Today all respected members of the Legislative Assembly (including those in the Opposition) have been invited to watch the movie ‘Kashmir Files’ together. Tonight at 8 o’clock in a cinema hall in the capital, all of us MLAs/invited citizens will watch the film together,” he announced.

Notably, the Kashmir Files has been caught in a whirlpool of politics even before it was released.

On Tuesday, Prime Minister Narendra Modi said that an “entire ecosystem” is trying to discredit a film which tells the “truth”.