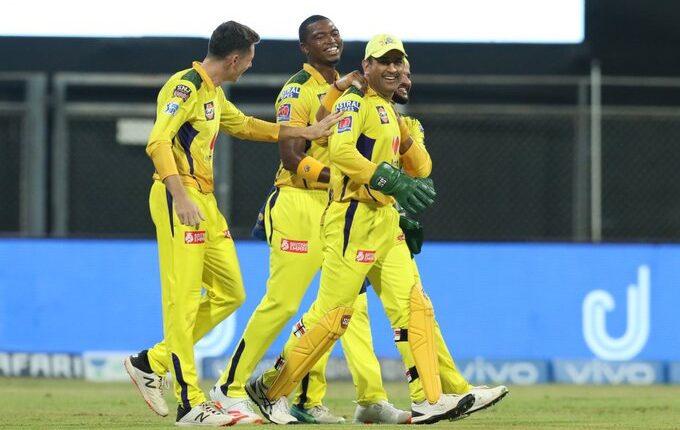 Mumbai: Chennai Super Kings stood still at the top spot in IPL 2021 points table following their win over Kolkata Knight Riders in an epic thriller at the Wankhede on Wednesday.

A crucial partnership between Russell and Karthik revived KKR’s run-chase and gave them hopes of a successful finish. However, Sam Curran dismissed Russell to put an end to the blitz provided by their West Indian. Cummins took over from Russell and showed the world of his world-class all-round abilities by getting 30 runs off one Curran over.

The win, CSK’s third of the ongoing season in four matches, helped MS Dhoni’s men to six points and replace Royal Challengers Bangalore who have been unbeaten so far having won all their matches to collect six points.