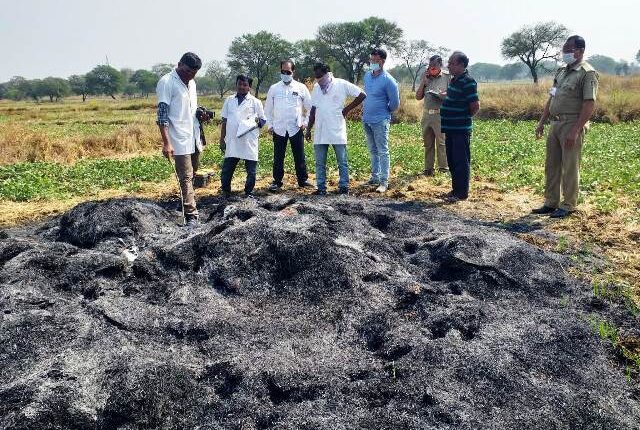 Charred skeleton recovered near paddy field in Bolangir; probe on

Saintala: Saintala police have seized a charred skeleton from a pile of burnt haystack near Nabin Chhak beside the highway in Bolangir district on Tuesday.

Reports said the haystack belong to Sanjay Muna of Bibina village. Muna had cultivated moong in his field near the haystack. As he had gone to see the field, he found that the haystack was burnt and a charred skeleton with bangles was lying near it.

He immediately informed Bibina Sarpach Nirmal Harpal and went to the police station to register a complaint on the matter.

When asked, Titlagarh SDPO said the scientific team is investigating the matter.

Worthwhile to mention that police are yet to find any clue to the fire incident in which a young woman was killed six years ago.